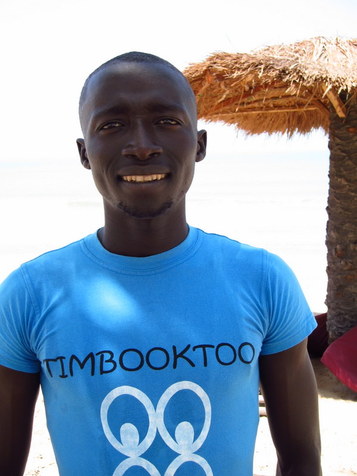 Born in 1987 I have lived in The Gambia my whole life. I started cycling when I was 8. I built a keen interest in sports and enjoyed training both in cycling, football and running. In 2010 I became a recognized cyclist and was identified to represent The Gambia in a cycling race in Senegal. My performance there earned recognition with the sporting authorities in the Gambia.

In 2012 I was sent to Nigeria to compete in an ECOWAS (West African Alliance of Countries) tour which included cycling through Benin, Togo, Ghana and the Ivory Coast. This was a great experience. I learned a great amount about cycling in West Africa and am looking forward to being able to share my knowledge with people who are interested in doing the same.

As a long time Gambian cyclist I have toured the entire country. From the smiling Coast of the Kombos following the river through Fonyi, the Jarra distict then the Fulladus of the Upper River region, then returning on the North bank through Nanji. The roads are flat and scenic as they follow the river up the Gambia. It is not uncommon to see animals such as monkeys, baboons, hippos and crocodiles. The people in the upper country are very welcoming, their hospitality is unlike any other.

I am looking forward to showing you around my beautiful country and through out west Africa the way it is best seen, on a bicycle.